Facebook CEO Mark Zuckerberg on Monday used virtual reality tech to “teleport” to hurricane-ravaged Puerto Rico and soon was dubbed a “heartless billionaire” by critics who felt he had exploited the dire situation in the U.S. territory.

That likely isn’t what Zuckerberg intended when he provided the Facebook Spaces video demonstration, showing how an Oculus Rift VR headset can be used to get a

close-up view of some of the devastation Hurricane Maria caused last month.

The demo shows how Oculus-equipped Facebook Spaces users can tour parts of the island and communicate with one another via their respective avatars.

Zuckerberg made his virtual visit to Puerto Rico with Rachel Franklin, head of the company’s social VR unit. Facebook has donated more than US$1.5 million to relief efforts, he added.

Yet there has been a chorus of criticism online, suggesting that Facebook capitalized on the natural disaster for its own gains.

The demonstrated use of VR is interesting, “but not particularly helpful in its current incarnation,” said Roger Kay, principal analyst at Endpoint Technologies Associates.

“If I were cynical, I would say this is a matter of Facebook riding a publicity wave for its own purposes, to draw attention to its capabilities,” said Kay.

“If I were less cynical, I would say it’s an interesting attempt to find a useful role for VR, which is still mostly about entertainment.”

VR could have an immense potential to increase empathy. That said, optics around VR use are important, noted Carter Rogers, senior analyst at SuperData Research.

“This video got backlash because the section on Puerto Rico was part of a larger product demo; and also, Facebook Spaces’ cartoon avatars were jarring when juxtaposed with scenes of devastation,” Rogers told the E-Commerce Times.

“Earlier this year, we saw a similar reaction to CEO Sleepout, an Australian homelessness fundraising event. Attendees watched a VR video simulating homelessness, and critics called this way of experiencing homelessness out of touch,” he said.

In contrast, the United Nations received a much more positive reception when it partnered with Vrse (now called “Within”) to create Clouds Over Sidra, a film showing the plight of Syrian refugees, Rogers noted.

Heading Into an Uncanny Valley

“Facebook is playing a key role in helping keep people informed, and it has allowed people to connect following a tragedy,” noted Simon Solotko, senior analyst and head of the AR/VR service at Tirias Research.

“It has already become the primary means of communications following these types of incidents,” he told TechNewsWorld.

One potential danger of utilizing VR to transport users to events — whether celebrations or disaster zones — is the possibility of triggering the eery.

“Some users could find this slightly disturbing for those reasons,” suggested Solotko.

The Good With the Bad

Despite the criticism it drew, Facebook’s VR presentation may have succeeded in conveying the devastation of Puerto Rico.

In a way that traditional broadcast media outlets have been unable to do, which could be helpful in relief and rebuilding efforts.

“The real value here is the ability to assist in the rescue response and the recovery by allowing others to assist remotely,” said Jim McGregor, principal analyst at Tirias Research.

“Think about the ability to send in vehicular or aerial drones into disaster areas, especially those that are hazardous to humans,” he told TechNewsWorld.

“VR can assist rescuers much better than a regular camera and display, both in control of the drone and inspection of the area,” McGregor pointed out.

“Once the reconstruction begins, VR can allow architects and engineers to assist from all over the world,” he noted.

“Government officials could even use the technology for inspection purposes, so in my mind, this opens up the exciting possibilities of VR beyond the mind-numbing games.” 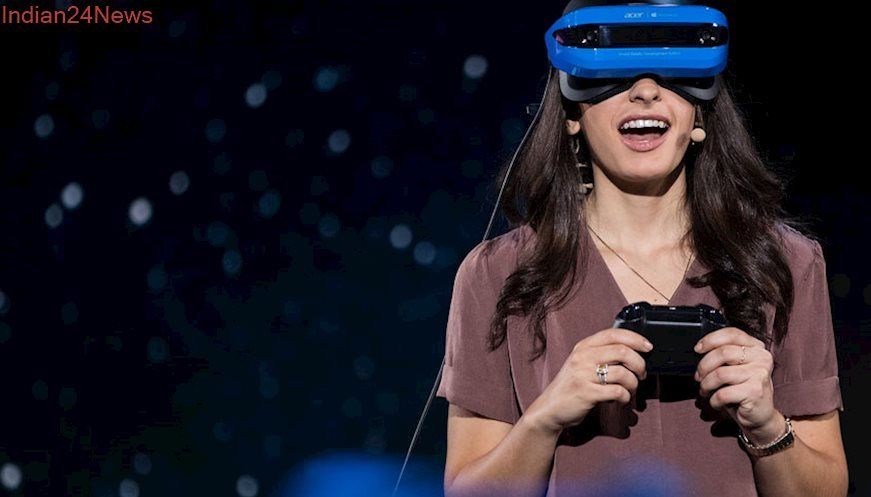