As virtual reality takes its trip through the hype cycle of technology adoption, I keep returning to the early days of film as a corollary for the medium’s progress and a good benchmark for its evolution.

When they first arrived on the scene, movies must have had the same thrilling and disorienting visual jolt that anyone who experiences virtual reality now receives the moment they strap on a headset.

And just as film developed from the first flickering frames of a horse’s gallop from The Horse In Motion, created by Eadweard Muybridge in 1878, so too will virtual reality evolve to encompass more ambitious storytelling.

Dispatch, a gorgeous, harrowing 24-minute experiment in narrative storytelling created by the acclaimed studio Here Be Dragons, which uses virtual reality in novel ways, may be one of the most interesting steps on the path to creating virtual reality VR’s own narrative language.

The short, which debuted at the Venice Film Festival earlier this year, is now available through the Oculus store on both the Rift and the Gear.

Divided into four six-minute segments, Dispatch tells the story of a particularly long, particularly terrible night for one police dispatcher in an anonymous American small town.

Instead of trying to cross the uncanny valley into naturalism within virtual reality, or falling back on the tropes of gaming animation, Dispatch’s writer and director Ed Robles of Here Be Dragons decided to create a more impressionistic approach.

The talent that Robles assembled, headed up by Martin Starr, is impressive.

The supporting voice work from the rest of the cast, including Julianna Guill, Graham Shiels, Beth Grant, Samuel Stricklen and Kelly Jenrette, is also impressive.

A former commercial director and storyteller, writer and director Robles specializes in virtual reality production. Robles has helped shape more than a dozen virtual reality VR projects, including “Clouds Over Sidra,” Kathryn Bigelow’s “The Protectors: Walk in the Ranger’s Shoes,” “Ghost in the Shell” and “Muse: Revolt.”

Dispatch is the latest project from Here Be Dragons, the venture-backed virtual reality studio founded by Chris Milk and producer Patrick Milling-Smith, which recently raised $10 million in venture funding. 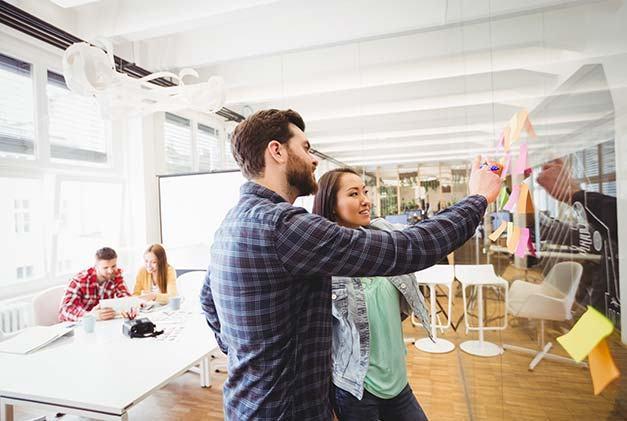