The tiny Microsoft Surface Go is available now, and it’s an overachiever

Microsoft’s Tiny Surface Go latest 2-in-1, is now shipping. I’ve spent the last couple of days with it, and I have come away more impressed than I would have guessed. It’s a tiny wonder of a computer — with a few flaws — that can do more than I would have given it credit for before I tried it.

The base model of the Tiny Microsoft Surface Go is $399, but the one I’ve been using is the upgraded $549 model. Those prices, however, don’t include the cost of the Surface keyboard, which is pretty much a must-have. The basic keyboard is $100 extra, but you should probably spring for the $130 Alcantara fabric version, which feels quite nice.

Speaking of springing for things: the upgraded version is probably a safer bet than the base model. It has more RAM for running multiple apps, and already, I’ve been sort of shocked at how much can be active at the same time. I’ve had eight or 10 (admittedly lightweight) apps going along with a dozen Edge browser tabs and haven’t had big slowdowns. Heavier apps like Chrome and Adobe Lightroom do struggle a bit more, however.

If I sound pleasantly surprised, it’s because, so far, I really am. Low-end Surface tablets have not been impressive over the years. The original Surface RT ran the doomed RT version of Windows, and the Surface 3 had a woefully underpowered processor. The Surface Go has a chip I didn’t have any experience with — the Intel Pentium Gold 4415Y — but it runs much faster than I expected. Of course, a proper Surface Pro with a Core i5 would do laps around this thing at heavier tasks, but for basic computing, this is sufficient.

The Surface Go ships with Windows S mode on by default. This means that you’re limited to Microsoft’s own Edge browser and apps available in the Windows Store. Though you might take a hit to battery life by running apps like Chrome, I strongly recommend you turn it off. It’s easy (it doesn’t even require a reboot), and it gives you access to essential apps that just aren’t in the Windows Store yet (or anymore, as is the case with the now-yanked Amazon Kindle app).

The Surface Go has a 10-inch display in a body that’s just about the size of an iPad. It is a bit thicker than the iPad. It has all the hallmarks of a Surface tablet: magnesium casing, fully adjustable kickstand, Windows Hello-compatible camera, and a keyboard connector. The corners are slightly more rounded and an overall softer effect than its larger siblings.

It, unfortunately, has another Surface hallmark: fairly large bezels. That’s forgivable on a larger device, but on this tiny machine, it makes the 1800 x 1200 display feel cramped.

The smaller keyboard and trackpad is very easy to use and classy. The trackpad is small but fast and accurate.

I’m also pleased to see a decent array of ports — though, as with MacBooks, you can’t seem to have everything. It still charges with the magnetic Surface Connector. The charger that ships in the box doesn’t have a USB-A port on it like the Surface Pro’s charger. There’s also not a USB-A port on the body which is replaced with a USB-C port. Luckily, you can charge with it or use it to connect a monitor. There’s also a microSD card slot for expandable storage.

I find myself a little at a loss as to where to categorize the Surface Go. It doesn’t seem to slot easily into any of the predefined notions of computer pricing tiers recently.

It’s $680 to get the version that would work best for most people. This is significantly more than the $330 base iPad but significantly less than an iPad Pro with a keyboard. It’s about what you’d pay for a pretty decent middle-of-the-road Windows Laptop or maybe even a used Surface Pro. Comparing the Surface Go to any of those devices quickly leads you to build a big pro-con list.

But after using the Surface Go for the past couple of days, I realized I’ve been overthinking it. The Surface Go is simply a very small Surface, with everything that entails. It’s a little less powerful and probably not the right thing to be your only computer. However, as a secondary machine for Windows users, it could have a real place. 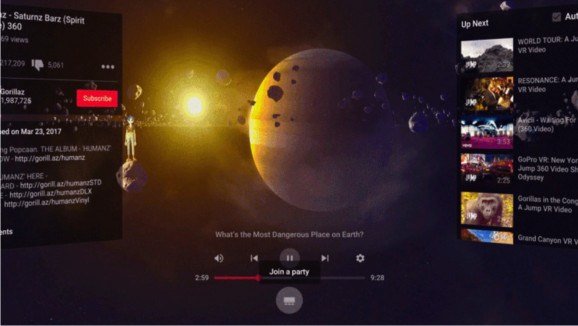