Some among us may already heard that what should have been Samsung’s fancy new high-end smartphone with a flexible, foldable OLED display has been failing in worrying numbers for the first reviewers who got their hands on one. Now iFixit has looked into the issue using their considerable amount of smartphone tear-down experience to give their two cents. They base many of their opinions on the photos and findings by the Verge review, who were one of the (un)lucky ones to have their unit die on them.

The Galaxy Fold was supposed to be this regular smartphone sized phone which one can open up fully to reveal a tablet-sized display inside. The use of a flexible OLED display was supposed to create a seamless display without the annoying center line that having two individual displays would produce. Unfortunately it’s this folding feature which produces issues.

As iFixit notes, OLEDs are rather fragile, with their own tear-downs of regular OLED-equipped devices already often resulting in the damaging of the display edges, which spells doom for the internals of them as oxygen and other contaminants can freely enter. This means that maintaining this barrier is essential to keep the display functioning.

This is probably the reason why Samsung chose to install a screen protector on the display, which unfortunately was mistaken for a protective foil as found on many devices. The subsequent removal of this protector by some reviewers and the mechanical stress this caused destroyed some screens. Others had debris trapped in the fold between both halves of the display, which caused visible bumps in the display when opened.

The relatively massive spacing between the hinge and the display seems almost purposefully engineered to allow for the ingress of debris. This combines with the lack of any guiding crease in the center of the display and the semi-random way in which humans open and close the Fold compared to the perfectly repeating motion of the folding robots Samsung used to test the display. It seems that Samsung and others still have some work to do before they can call folding OLED displays ready for production.

Finally, have a look at this video of Lewis from UnboxTherapy pulling a folding robot with opening and closing a Fold one-thousand times: 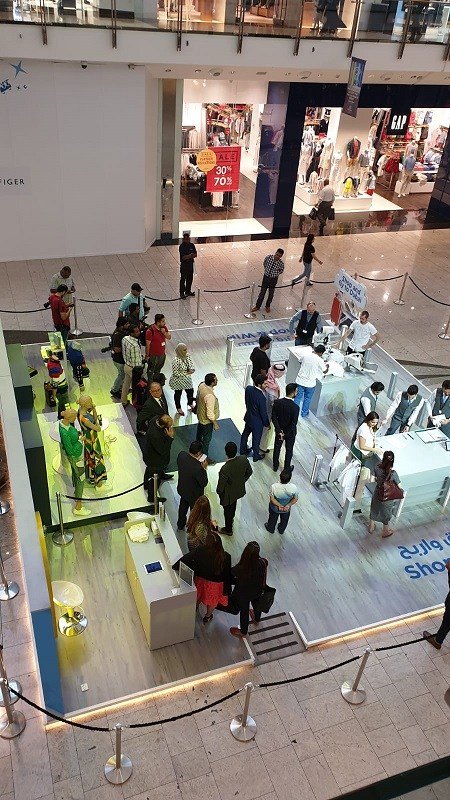