Samsung’s foldable phone: Here’s how it could be brilliant. Samsung says it’s time to deliver on a foldable phone. But what might the benefits for consumers be? Of course, I understand that Samsung has to generate some sort of excitement, at a time when the minds and souls of so many are enveloped by the thought of more iPhones.

Yet the mere idea of a foldable phone — which Samsung is teasing might come as soon as November — makes my brows twitch and the backs of my knees uncontrollably sweat.

A foldable phone. It sounds so brilliant. Especially as Samsung has revealed few details of what it might actually look like, which leaves so much to the imagination.

The obvious notion, of course, is that it might look like the dazzling ZTE Axon M, which had a hinge down the middle, making it look like a book. Or, rather, the pages from two different books.

I suppose some people might think this split-screen notion would make them more productive.

But as Samsung CEO DJ Koh declared of his own company’s striving toward an unfolding nirvana: “If the unfolded experience is the same as the tablet, why would they (consumers) buy it?”

The quite obvious benefit is that the whole thing would be smaller. When folded, that is. It would fit more happily into pockets and purses and leave far more room on restaurant tables for, you know, food and wine.

In my world of phone fantasy, though, this would be the Samsung phone that doesn’t require a case.

Phone cases are, to my eyes, the aesthetic equivalent of pink woolly blankets on poodles.

With my Samsung Fantasy Foldable, there’d be nothing on the outside, save for sumptuous leather or some other gloriously durable material.

The benefit of foldability would be that you’d have to open it just to use it. It will be very much harder to crack the screen.

After all, if you drop it, it’ll just land on the soft cushion of the leather allowing you to pick it up and whisper: “That’s so cool, right?”

You might say having to open it every time would require more effort. To which I’d reply: Precisely.

This could be the world’s first responsible phone. The one whose design gently explains to you that you really are using your phone too much and should perhaps cut down a little.

No more casually leaving your phone on the table screen-up and constantly shifting an eye toward it. No more making your date feel unloved.

I feel sure that detractors will say it’ll be too heavy. It will have more moving parts and therefore be more susceptible to a greater variety of breakdowns. Naturally, that it’ll cost far too much.

Realistically, though, Samsung simply needs to look different. The brand has been luster-free for a while and needs something to crow about.

With the Samsung Fantasy Foldable phone, this can be done?

On the other hand, what if it just looks like a big flip-phone? 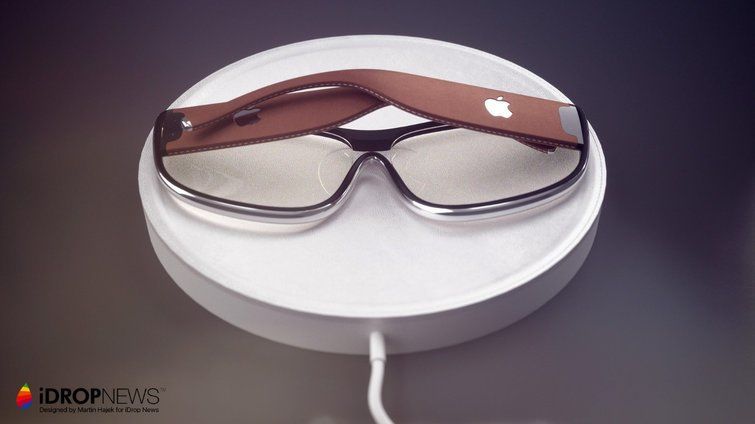 Apple Is Clearly Working on AR Glasses, Apple has bought Akonia Holographics, a Colorado-based startup dedicated to the manufacturing of displays for augmented reality glasses.

Apple Is Clearly Working on AR Glasses, Apple has bought Akonia Holographics, a Colorado-based startup dedicated to the manufacturing of displays for augmented reality glasses.