THE NEW HEADQUARTERS Apple is building in Cupertino has the absolute best door handles. The greatest! They are, as my colleague Steven Levy writes, precision-milled aluminum rails that attach to glass doors—sliding and swinging alike—with no visible bolts.

Everything in this building is the best. The toroid glass of the roof curves scientifically to shed rainwater. And if it never rains again (this being California), well, an arborist selected thousands of drought-tolerant new trees for the 175-acre site. Not every Apple employee will get to work in the new building—ouch!—but 12,000 will. Of course, it only has 9,000 parking spaces, but that’s supposed to encourage people to take an Apple shuttle to work. And once they arrive, they’re not going to want to leave. The fitness center has a climbing wall with pre-distressed stone. The concrete edges of the parking lot walls are rounded. The fire suppression systems come from yachts. Craftspeople harvested the wood paneling at the exact time of year the late Steve Jobs demanded—mid-winter—so the sap content wouldn’t be ruinously high. Come on! You don’t want sappy wood panels. This isn’t, like, Microsoft.

Whether you call it the Ring (too JRR Tolkien), the Death Star (too George Lucas), or the Spaceship (too Buckminster Fuller), something has alighted in Cupertino. And no one could possibly question the elegance of its design and architecture. This building is $5 billion and 2.8 million square feet of Steve Jobsian-Jony Ivesian-Norman Fosterian genius. WIRED already said all that.

But … one more one more thing. You can’t understand a building without looking at what’s around it—its site, as the architects say. From that angle, Apple’s new HQ is a retrograde, literally inward-looking building with contempt for the city where it lives and cities in general. People rightly credit Apple for defining the look and feel of the future; its computers and phones seem like science fiction. But by building a mega-headquarters straight out of the middle of the last century, Apple has exacerbated the already serious problems endemic to 21st-century suburbs like Cupertino—transportation, housing, and economics. Apple Park is an anachronism wrapped in glass, tucked into a neighborhood.

Apple Park isn’t the first high-end, suburban corporate headquarters. In fact, that used to be the norm. Look back at the 1950s and 1960s and, for example, the Connecticut General Life Insurance HQ in Hartford or John Deere’s headquarters in Moline, Illinois. “They were stunningly beautiful, high modernist buildings by quality architects using cutting-edge technology to create buildings sheathed in glass with a seamless relationship between inside and outside, dependent on the automobile to move employees to the site,” says Louise Mozingo, a landscape architect at UC Berkeley and author of Pastoral Capitalism: A History of Suburban Corporate Landscapes. “There was a kind of splendid isolation that was seen as productive, capturing the employees for an entire day and in the process reinforcing an insular corporate culture.”

By moving out of downtown skyscrapers and building in the suburbs, corporations were reflecting 1950s ideas about cities—they were dirty, crowded, and unpleasantly diverse. The suburbs, though, were exclusive, aspirational, and architectural blank slates. (Also, buildings there are easier to secure and workers don’t go out for lunch where they might hear about other, better jobs.) It was corporatized white flight. (Mozingo, I should add, speaks to this retrograde notion in Levy’s WIRED story.)

Silicon Valley, though, never really played by these rules. IBM built a couple of research sites modeled on its East Coast redoubts, but in general, “Silicon Valley has thrived on using rather interchangeable buildings for their workplaces,” Mozingo says. You start in a garage, take over half a floor in a crummy office park, then take over the full floor, then the building, then get some venture capital and move to a better office park. “Suddenly you’re Google, and you have this empire of office buildings along 101.”

And then when a bust comes or your new widget won’t widge, you let some leases lapse or sell some real estate. More than half of the lot where Apple sited its new home used to be Hewlett Packard. The Googleplex used to be Silicon Graphics. It’s the circuit of life.

Except when you have a statement building like the Spaceship, the circuit can’t complete. If Apple ever goes out of business, what would happen to the building? The same thing that happened to Union Carbide’s. That’s why nobody builds these things anymore. Successful buildings engage with their surroundings—and to be clear, Apple isn’t in some suburban arcadia. It’s in a real live city, across the street from houses and retail, near two freeway onramps.

Except the Ring is mostly hidden behind artificial berms, like Space Mountain at Disneyland. “They’re all these white elephants. Nobody knows what the hell to do with them. They’re iconic, high-end buildings, and who cares?” Mozingo says. “You have a $5 billion office building, incredibly idiosyncratic, impossible to purpose for somebody else. Nobody’s going to move into Steve Jobs’ old building.”

Between 2010 and 2015 the San Francisco Bay Area added 640,000 jobs, with more than a third of that growth in tech. But the region didn’t add nearly enough housing; with the exception of a spike during the boom years leading up to the 2008 recession, the number of new housing units built in the city of San Francisco has trended steadily downward, and the same is true for other Bay Area cities. Here’s what happens when supply fails to meet demand: The median price for a home in the Bay Area has climbed to $800,000. It’s even higher in Silicon Valley.

That’s starting to change. San Francisco has 62,000 units in the pipeline, and San Jose is adding thousands every year, too. (To be clear, those numbers are still far lower than places like Houston and Atlanta.) But the towns along the 101 and 280, the homes of companies like Apple, Google, and Facebook? Nope. Cupertino, Mountain View, and Palo Alto all have tens of thousands of workers in the tech business, adding more and more all the time, but those cities have been reluctant to build new houses or apartments.

How is this Apple’s problem? “Apple’s obviously very important to the city, and when they came in with that plan, we understood this wasn’t going to be just any development,” says Aarti Shrivastava, Cupertino’s assistant city manager. “They had certain needs.” Heightened sensitivity to security was one of them, which meant no public access—and even closing a major road.

In the early days of the project, reports suggest Apple wasn’t willing to participate in “community benefits,” financial or otherwise, and Cupertino’s city council didn’t seem too willing to push one of the city’s biggest employers and taxpayers. The mayor at the time tried to propose higher taxes on the company, but the city council didn’t support the move.

Over time, though, Apple committed to giving the city some money to help with traffic and parking. “We had to bring them into our world. They don’t do urban design. They don’t do planning. We needed to talk to each other,” Shrivastava says.

In its HP incarnation, the site had about 5,000 workers; the new Apple complex will more than double that. Just 10 percent of them live in Cupertino, but according to an Environmental Impact Report on the project that an Apple spokesperson sent me, that still means that demand for Cupertino housing will increase by 284 percent. Apple is paying a “Housing Mitigation Fee” to the city. It’s based on overall square footage, but it turns out Apple is only adding about 800,000 square feet of building over what used to be on the site. So the company agreed to double the usual fee. But since the city had already halved the fee, so Apple is just paying … the fee. It’ll be about $5 million.

You can do math: Ten percent of people working in Cupertino means that 90 percent of the people in the Spaceship will commute. Most of them live in San Jose (10 miles east) and San Francisco (45 miles north). The lack of a cohesive regional transportation network in the Bay Area privileges cars, which is why Google and other tech companies started fielding their own buses in the last few years. (In 2014, San Franciscans angry about gentrification met Google’s buses with resistance.)

Apple has shuttles that range the entire peninsula and into the East Bay and has committed to raising the number of trips to its headquarters not in single-occupancy vehicles to 34 percent. According to the EIR, just 1.5 percent of commute trips to Apple’s existing facilities are on public transit; by that calculation, the company says, the public bus system’s plenty robust enough. That logic is as circular as the building; if you don’t build it, they won’t come.

Of course that wasn’t all Apple worked on with Cupertino. Because part of the new campus subsumed what was going to be public space, Apple paid $8.2 million so Cupertino could build a park somewhere else. And the company agreed to help address the community’s major concern: traffic. Cupertino already had big plans for walkability and bikability; Apple is paying for a lot of those efforts around its campus. It ponied up $250,000 for a feasibility study on improving one of the nearby intersections, and an extra $1 million for another. Recognizing that not having enough parking for everyone on site meant that people were going to park in nearby neighborhoods, Apple is paying $250,000 to Santa Clara and $500,000 to Sunnyvale in parking restitution. “We worked very hard with both cities to figure out what amount would be OK, and Apple was very open to that,” Shrivastava says. 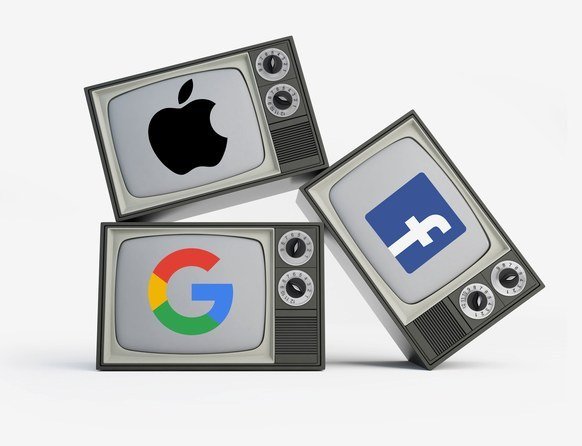