The Doodle, called “Back to the Moon,” is a collaboration between Google Spotlight Stories(the company’s VR storytelling arm), Google Arts & Culture, and Cinémathèque Française.

Méliès was known for pioneering special effects and narrative film techniques during the early days of cinema, most famously with 1902’s A Trip to the Moon.

Google’s “Back to the Moon” Doodle runs for two minutes and follows an illusionist as he chases the queen of hearts on an adventure that spans the stars and oceans.

In a tribute to Méliès’ sometimes diabolical worlds filled with skeletons and ghosts, the Doodle also features an evil green man who attempts to kidnap our hero’s beloved queen.

There’s a lot going on in the 360-degree video, and while there’s one main focal point to watch, there are also extra animations around the sides.

“In addition to being a magician, Méliès was an expert storyteller, so it was important for the Doodle to have a clear story.

We approached it as if it were a ballet or play you watch at the theatre, where you get to choose where to look.

In these situations, the spectator becomes the camera, editing their own film,” said Hélène Leroux, project art lead of the Doodle.

The VR Doodle experience is available on mobile or through Google Cardboard and Daydream via the Google Spotlight Stories app. If you don’t have a headset, the interactive Doodle is also available as a 360-degree video on youtube. 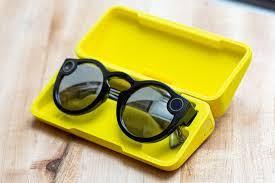