Google Home vs. Amazon Echo: Which Is Better for You in 2019?

While the world may not look quite like the futuristic utopia depicted in old shows like The Jetsons, the modern home is becoming increasingly enhanced with technology. With services or devices that control lights, music, speakers, appliances and more with the touch of a button on your smart phone, a lot is possible in 2019. And a large part of that is due to things like smart speaker devices.

When Alphabet (GOOGL – Get Report) and Amazon (AMZN – Get Report) released their Google Home and Amazon Echo smart speaker devices in 2016 and 2014 respectively – designed to incorporate into your home and be a voice assistant – the floodgates opened for a variety of home devices, including from makers like Apple (AAPL – Get Report) .

Ten years ago, the idea of having a live-in assistant may have been reserved for the wealthiest 1%. But in 2019, having a voice assistant device in your home can cost as little as $100.

Still, two of the key makers of these devices are Google and Amazon, producing the popular Google Home and Amazon Echo.

The two companies have been warring over more than just their smart devices – but the battle between the tech giants is getting increasingly fierce. According to analyst firm Canalys, Amazon shipped some 6.3 million Echo devices in 2018 – compared with Google’s 5.9 million Homes shipped. In fact, according to one 2018 report, Amazon has some 61.9% of the smart speaker market share – with Google coming in second with only 29.6% – although Google may be gaining ground.

With the top spot in the smart speaker market, Amazon has been growing in popularity for its now70,000 skills for Alexa. But Google Home has been holding strong, incorporating more Home partnerships.

So, what’s the difference between the two? And which is better for you in 2019?

Google Home and Amazon Echo are both smart speaker devices used in people’s homes and to help with everything from turning on music to giving a daily weather update. Both devices use virtual assistants (Amazon uses Alexa and Google uses their own voice assistant), and both have a variety of additional features that cover everything from controlling your thermostat to lights and more.

Both devices offer a relatively comparable variety of services, features and skills. But there are a few key differences that seem to sway some consumers to one side versus the other.

When deciding exactly which device to purchase to turn your regular home into a smart home, considering things like design, features and price can help you make your choice.

Released in 2016, Google Home incorporates smart home services and entertainment features to provide good, high-quality service in your home. But, how does it stack up against Amazon’s smart speaker device?

The Google Home is a fairly small cylinder-shaped device that comes with fabric on the bottom (which comes in the color grey among other colors with a white top) and LED lights on the top to indicate when the Google Home is turned on or listening to commands. The device is 5.62 inches tall and 3.79 inches in diameter.

While the color scheme and size is relatively discreet, the Google Home doesn’t necessarily blend in as well to its surrounding as the Amazon Echo (which comes in several different colors and styles).

However, other models are available as well – including the Google Home Max, Google Home Mini and Google Home Hub – which all come in different sizes.

Both Google Home and Amazon Echo have a variety of smart home features including being able to control the thermostat, lights, locking doors and much more. You can call, send messages, get recipe help when cooking and much more on the Google Home.

However, because the Google Home is powered by the same Google Assistant as on Android phones, the device is likely more ideal for Android users.

Additionally, Google Home has a variety of other features including Night Mode (which automatically turns down the volume on responses and music) as well as the ability to read auidobooks and more aloud.

You can also connect your Google Home to your TV and other devices with Chromecast.

Google Home uses Google’s specially designed Google Assistant – which can help you put on your favorite song or turn your living room lights off. In addition, the Google Assistant is specifically programmed to understand variations on questions – meaning it is better at being able to interpret what you are asking even if you ask it in different ways (unlike Amazon Echo, as some have noted).

In essence, Google Assistant’s programming helps reduce the number of times it can’t understand what you are asking. And, Google Assistant has been programmed recently to better understand a chain of questions in a more conversational style (unlike Alexa) – so if you ask something like, “Who wrote ‘The Great Gatsby?'” you could follow it up with a related question like, “What else did he write?” and Google Assistant would be able to answer a string of questions.

With a simple, “OK, Google” or “Hello Google,” you can access a variety of tasks and services through commands to the Google Assistant (the same system that is also on Android and Google phones).

Google Home is designed to partner with a variety of functions and devices in your home – from your lights to your thermostat – including Nest thermostats and WeMo-friendly lights.

And as part of the Google Home smart home experience, you can connect your device to TVs, lights, locks and many other devices.

The device previously sold for around $129, but is available now at Walmart (WMT – Get Report) and Best Buy (BBY – Get Report) for $99.

Arguably the more popular of the two (based on the number of devices shipped), the Amazon Echo has gone through several generations and increased in popularity since its original release in 2014. The device, known better as “Alexa” after its voice assistant, provides a variety of smart home and personal assistant services – as well as a sleek design and competitive price.

Unlike the Google Home, the Echo has a variety of colors and styles that reviewers claim can better match with different home decor styles.

The traditional Amazon Echo (the second-generation model) is a slim cylinder that comes in different colors including charcoal, grey, sandstone and walnut (wood). The top of the device has several buttons to turn it on and off as well as lights in a ring around the top indicating when the device is listening or turned on.

Just like the Google Home, Amazon Echo is WiFi- and Bluetooth-enabled. And the Amazon Echo also has smart home capabilities including the ability to change your thermostat, lights, locking doors and more.

Still, Amazon Echo has long been considered the device at the forefront of features and third-party device connectivity (although the gap between the features and devices offered is closing for Google Home).

Amazon’s assistant Alexa has thousands of skills and capabilities that perform tasks ranging from getting cameras in your home to start recording to answering questions to ordering food.

And, you can even shop on the Echo. With the Echo Show or Echo Spot, you can use the touch screen to purchase items online. Additionally, if your Echo has a screen (like the aforementioned devices), you can even see the lyrics of songs you’re listening to or watch TV on the screen itself.

Amazon’s famous assistant Alexa provides relatively comparable service as Google Assistant – although it doesn’t have the same conversational quality as Google. While Google Home has been programmed to better understand a flow of questions, Alexa has been criticized for being slightly more rigid with its commands and slightly less able to understand commands that don’t follow certain wording.

However, Alexa can generally perform a wide range of tasks including ordering your Uber, shopping for or reading audiobooks and even receiving incoming calls.

The Amazon Echo can also play music, play games, change to different languages and make calls at your command, among thousands of other tasks.

Just like the Google Home, Amazon Echo has many smart home capabilities. Much like Google, the Echo can connect with your thermostat, door locks, lights and more to make accessing parts of your home easier.

Amazon Echo can also connect with your TV and speakers. And, you can control fans and other home appliances through the Amazon Echo.

Still,while Amazon has long led the way for connecting with third-party devices, Google Home has certainly gained ground recently and the two are becoming increasingly comparable for smart home services.

As of 2019, Alexa is compatible with over 28,000 smart home products, according to Amazon.

Much like the Google Home, the Amazon Echo is as affordable as smart home devices go.

The Echo typically retails for about $100, and is currently available for purchase at numerous retailers including Bed, Bath & Beyond (BBBY – Get Report) , Amazon, Target (TGT – Get Report) and others.

As always, the best device for you largely depends on your needs, how you plan to use it and other factors like design or device compatibility.

Amazon Echo has recently seemed to pull ahead in the popularity department due to its variety of attractive styles, increasing number of skills and growing number of compatible devices.

In fact as much as 5% of Amazon’s revenues may come from Alexa-related services (and Alexa-enabled third-party devices) by 2021.

However, Google has been making strides to match Amazon’s lead in device compatibility and skills offered.

So, while both devices offer relatively similar services, it is important to decide what is most important to you and what smart devices you already have.

However, Google Home does win out on its ability to better understand the questions you have and answer them more appropriately (as well as keep the conversation going). Additionally, Google Home’s audio quality and ease of use for Android users make it an attractive choice – not to mention its inherent compatibility with Google services like Google Maps, Calendar, Gmail and more.

As with any device, the best thing to do when deciding which device to purchase is to examine your budget, what devices you already have that you would like to pair with the home device and what assistant you are most familiar with. The good news is that both devices will offer similar services and are within the same price range. 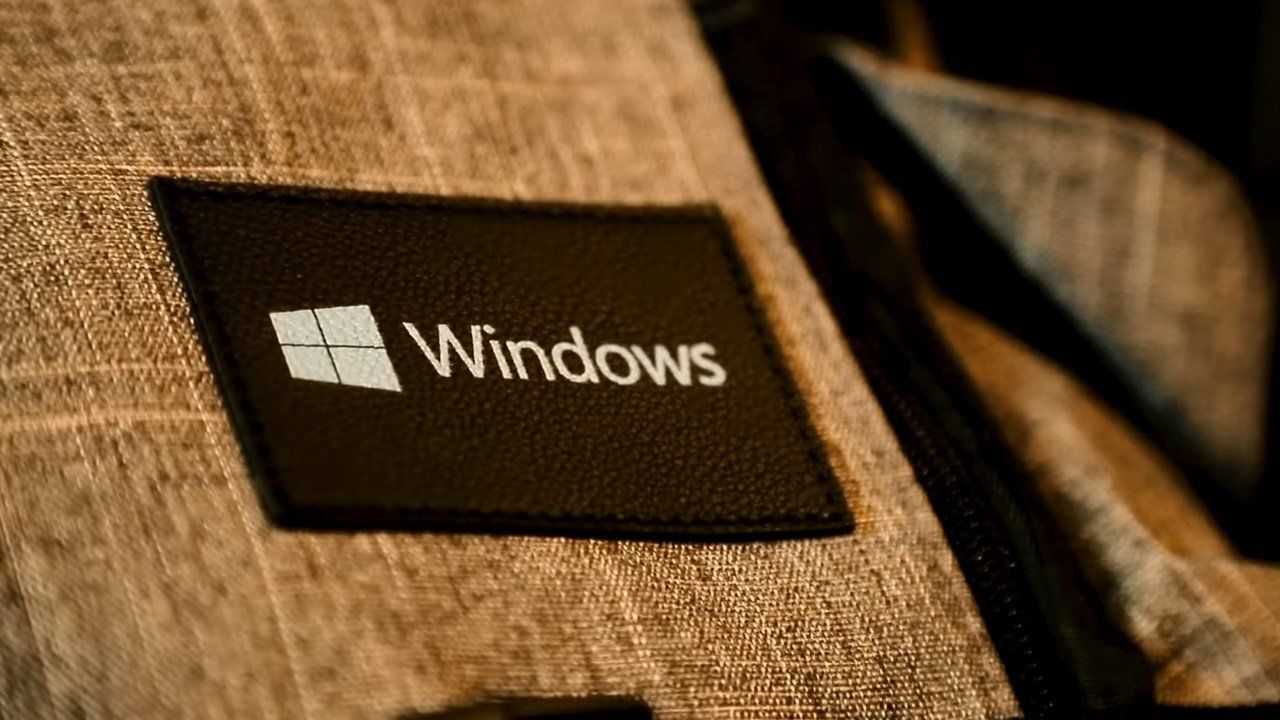