Not long ago, everyone saw Hollywood and Silicon Valley as opposites. Hollywood was cool, artistic, and uniquely adept at entertaining viewers.

Silicon Valley was the preserve of geeky engineers who could captivate the public with gadgetry, but had no clue how to hit the human notes that made for blockbusters. If you still buy those stereotypes, the news that Apple, Google, and Facebook are all going to make multi-billion-dollar investments in producing scripted video entertainment seems ludicrous—a folly launched by frustrated nerd-dom.

But a simple glance at the list of the world’s most valuable corporations puts the lie to that impression. The money has spoken: These three tech companies—along with a fourth, Amazon, which has already successfully cracked the code of producing original entertainment—are among the richest entities on Earth. Meanwhile, another Silicon Valley company, Netflix, has overcome similar mockeries to become one of the most successful entertainment producers on the planet. The rush into scripted video by tech giants is going to accelerate an evolution of entertainment that’s already underway. We’re already moving away from the idea that drama is a 60-minute exercise with four bathroom breaks. Internet-centric companies have already begun changing the rules with binge-watching, flexible running times, fewer commercials, and crowd-sourced content. The brainpower—and just plain power—of the most valued tech firms will change things even more.

From where I sit, this is the beginning of the third era of video entertainment—what we used to call “TV.” I am old enough to have grown up glued to a screen offering only three alternatives, each of which was an all-powerful national network that seemed permanently ensconced in the entertainment stratosphere. (It was earth-shattering news when the FCC opened up the UHF spectrum, which introduced a few funky alternative channels.) The programming from those triplets was stultifyingly similar, driven by the need to serve a mass audience. The arrangement might have produced, as famously charged, “a vast wasteland”—but it also seemed immutable.

No one predicted that small systems built to provide signal transit to communities with poor reception would topple that regime.

But as cable companies moved from rural to urban areas—dramatically expanding the number of available channels and dropping the price to reach a wider public—a revolution began. (It was also fueled by technological changes like the VHS recorder.) Early in my career, I covered this transition, writing for magazines like Video, Home Video, and Panorama, a short-lived publication started by the then-all-powerful TV Guide. I wrote stories about the prospect of 100 channels (!), the advent of advertising on cable networks, and the first “interactive” cable network in Columbus, Ohio. In June 1981, I even did a big story for Rolling Stone (“Gimme Access”), where I hung out with a weed-infused public access show in Manhattan and visited Atlanta to check out what was then a risky novelty—cable entrepreneur Ted Turner’s 24-hour news channel called CNN. “They’re going to be wiped out!” Turner said of ABC, NBC, and CBS.

He was right. It didn’t happen overnight, but as more of the country got wired for cable, broadcast television lost its dominance. What was formerly unthinkable—like World Series games shown on cable channels—became routine. Today, those three-letter networks are still around, but as brands, not corporations. Each one of them has been bought out by entertainment conglomerates made more powerful by Turner’s revolution. And their audiences are dwindling.

That process, of course, is accelerating in the next era of video: the internet. Just as the cable revolution overturned broadcast, the net is destined to become the dominant mode of video, both in terms of transit and programming. The cable industry is seemingly protected by its built-in local monopolies, but as broadband connections proliferate—by now rendering the copper cable connection almost obsolete—the only thing propping up the status quo is a business arrangement that bundles channels together for a steep price. As more people cut the cord—and as smaller bundles become more popular—we will reach a tipping point that sees the collapse of cable.

That’s why the entrance of many of the remaining big tech companies really matters. These powerful corporations—the true masters of our current universe—are in the attention business, and they don’t necessarily hew to Hollywood’s often unexamined practices. Just as HBO, born of the cable era, changed programming with the idea of ad-free, movie-quality television, internet-era Netflix has proven that new programming models (like binge watching) can further upend viewing habits. The obsessively iterative internet companies—motivated by a determination to bolster their respective business models—will make an even bigger difference.

We will see the death of the kind of television programming that’s essentially been around since the 1950s: sitcoms, anthology dramas, general interest newsmagazines, and variety shows (whoops, already dead). Don’t be fooled that right now the numbers for broadcast television still top even the most popular offerings of HBO and Netflix. Their rigid formulas—with plotlines ebbing and flowing to accommodate infuriating commercial interruptions, adhering to standards based on minimizing offensiveness—have made them the walking dead. Already the idea of “watching television” seems like an antediluvian pursuit.

The three companies entering the field will hasten the blow. Amazon’s path is instructive: After establishing a respectable foothold with a clever but traditional TV series, Alpha House, it embarked on a daring approach of presenting innovative pilots to its viewers, who voted for the ones they liked best. (Compare that to Yahoo’s pathetic entrance into the field, with timid shows that barely would have made an impression on the lesser broadcast networks.) Facebook’s knowledge of its audiences opens the possibility of targeting specific communities. Yes, Apple’s initial offerings are derivative yawners, such as a Shark Tank-ish reality show, but it’s reasonable to expect that eventually the company will hire visionary executives to up its game. And we can expect some fascinating experimentation from Google, which has already created an internet-only model of video with YouTube. With their huge war chests (Netflix’s recently stated intent to spend $7 billion on content next year is a sign of the times), their investments may be enough to swamp the traditional method of studio funding—and the tired rules that dictate what kind of shows get made.

When I wrote my video revolution stories, I didn’t expect that I’d still be addressing the issue over 30 years later.

Disruption is inevitable, but the truly significant changes occur across decades. In the shorter term, the difference will emerge in who writes the checks: While Hollywood producers will still take pitches, the green lights will come from Menlo Park, Cupertino, Seattle, Mountain View, and other tech outposts.

Longer term, the entertainment itself—along with the way we consume it and pay for it—will drastically change, too. The fake, canned laughter that accompanied so many shows of yore will fade into a bad memory. So, too, will the dismissive laughs of Hollywood skeptics who think that Apple, Facebook, and Google are too geeky to make a difference. 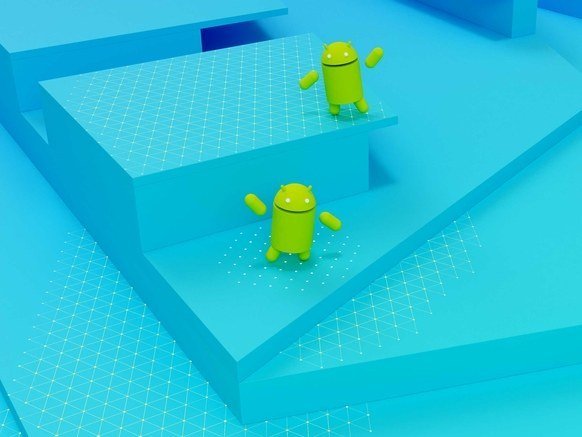