An historic day and an incredible peace

An historic day and an incredible peace Israel and Bahrain deal:

The leaders of Bahrain are clearly keen to ride this wave of history, and they should be congratulated for pursuing this path to peace. The normalization deals with the UAE and Bahrain is cause for genuine celebration in the region and in Jewish communities worldwide, including Australia.

The ZFA looks forward to the establishment of warm cultural, diplomatic and trade ties. Israel, the UAE and Bahrain have much to offer each other.

In the few weeks since the announcement of Israel–UAE normalization, we have seen once insurmountable barriers swept aside. Direct flights between the two countries have been established.

The Zionist Federation of Australia warmly welcomes the historic news of normalization between Bahrain and Israel and congratulates the leaders of both countries.

Zionist Federation of Australia President Jeremy Leibler said, “This truly historic event reflects the continued realisation of the Zionist vision. Since the establishment of the State of Israel, the Jewish people have longed for the time when the Jewish state, in the historic and cultural Land of Israel, is at peace with its neighbors. We are seeing this come to pass.”

“We hope that the momentum we are now seeing will result in further peace agreements signed with Israel’s neighbors in the near future”, Mr Leibler continued. 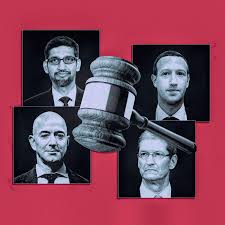